Fred Penney Vocals, Frank Kearns (aka Frank Washington) Guitar, Dave Boardman Bass and Eric Briggs on Drums.The Myster Men recorded a 3 track demo that was produced by U2’s Bono, with Bono on backing vocals the tracks are; No More Idols, Fantasy Dream, I Should Have Known Better.

In 1982  Fred Penney, Eric Briggs and Dave Boardman went their separate ways and made space for a New Myster Men line up with Peter Delaney on Vocal, Tony St Ledger on Bass Guitar, Noel Mc Murray on Drums and Frank Washington (Frank Kearns) on Guitar.

With sadness we here of the new that Dave Boardman, The Mystermen and The Fast passed away suddenly in February 2019. RIP

The Myster Men now in Dublin played residencies at The Magnet Bar, St.Lawrence Hotel, The Belvedere Hotel where they gained a strong Dublin north side following.

Tommy Delaney managed the band at the start of the new line up. Tommy’s management in various guises throughout the bands career and continued from Dublin, The German tour and right to the end as Blue Russia in London.

The Myster Men were invited to do a series of showcase gigs in Germany by EMI in 1983 playing dates in Hannover, Uelsen, Kiel, Suldorf and Hamburg where they recorded “Russia Around” and B side “She Never Came” their new single this record was released on The Vixen Label under as Blue Russia.

Onstage sound for this tour was provided by Tim Buckley later to work with U2 and out front sound was by Tim Martin, one of Ireland’s leading recording producer/engineers who has worked with major Irish recording artists from The Waterboys, Clannad, The Dubliners, Aslan, The Frames, Thin Lizzy, Paul Brady,The Commitments,Mary Coughlan, In Tua Nua and Christie Hennessy. Tim and The Myster Men forded a trusted and special relationship and Tim was included by the band on the German Tour to engineer the Russian Around and She Never Came recordings in Hamburg these session were funded by EMI Germany.

The Myster Men German Tour performing live at Klimperkiste in 1983.

The band returned form Germany to Dublin where soon after changed their name to Blue Russia.

Blue Russia recorded sessions for The Dave Fanning show on 2FM where Fanning was later to put one of the tracks from the recordings Rain on The Wind produced by Ian Wilson onto his top 10 rock tracks from that year. Other tracks from the session included the well loved European Limousine.

After extensively giging the Dublin circuit and working extensively in their purpose build studio in The Saint Francis Xavier Boys Club in Upper Sherrard Street the band created a new set of new material… London beckoned! 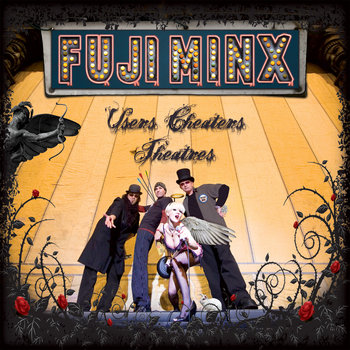